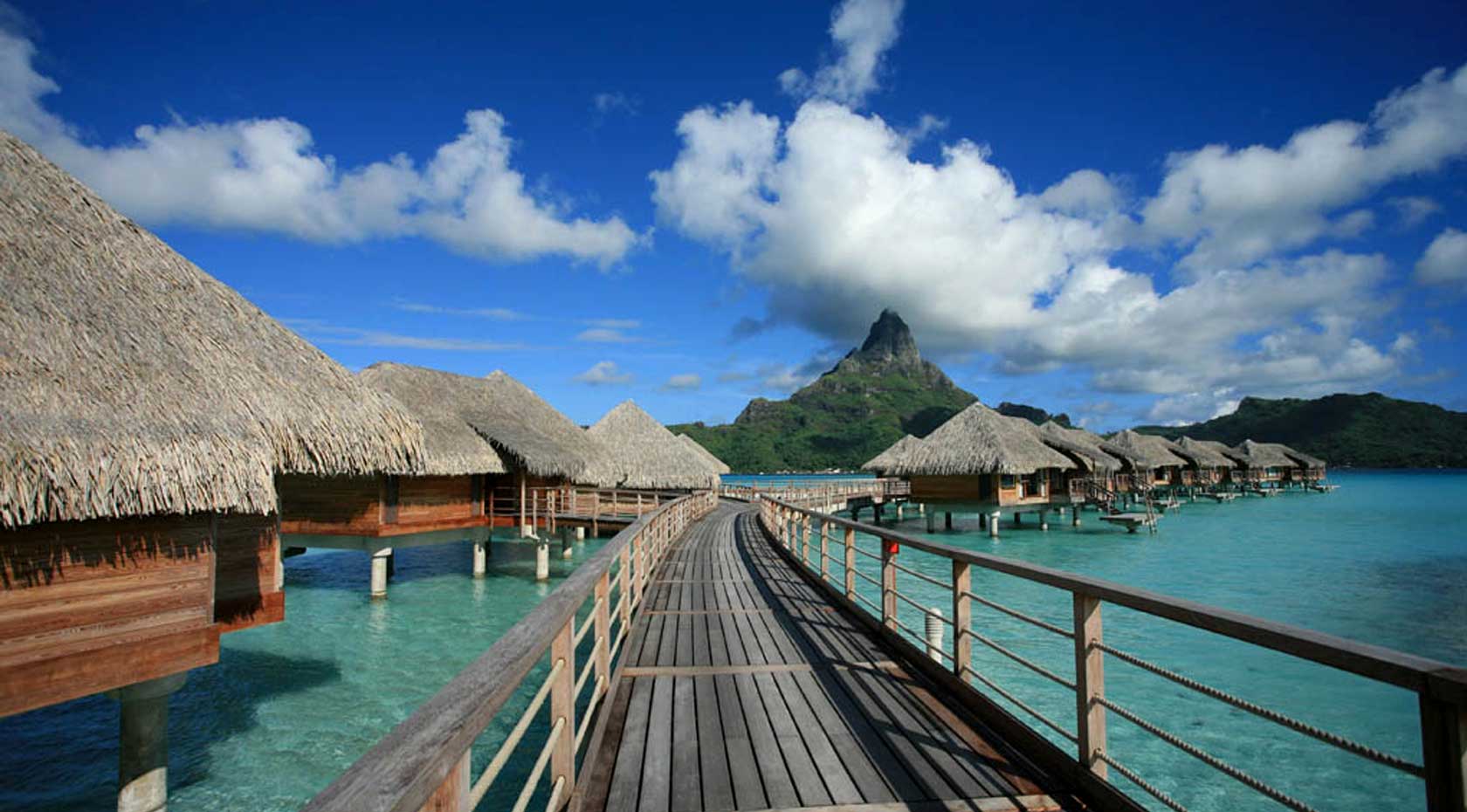 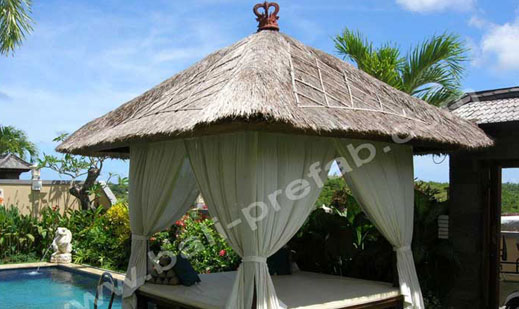 Today, contemporary Balinese style is known as one of the most popular Asian tropical architecture,[2] due largely to the growth of the tourism industry in Bali that has created demand for Balinese-style houses, cottages, villas and hotels. Contemporary Balinese architecture combines traditional aesthetic principles, island's abundance of natural materials, famous artistry and craftmanship of its people, as well as international architecture influences, new techniques and trends.

Balinese people are known for their artistry. They have developed a sophisticated sculpting tradition that manifests in architecture rich with ornamentation and interior decoration. Balinese temples and palaces are exquisitely decorated with rich ornamentations, both wooden and stone sculpting, which usually depict floral patterns. Balinese sculpture often served as gate guardians as twin dvarapalas flanking entrances. The gates itself are richly decorated with kala's head, floral ornaments, and vajra or ratna pinnacles. Other types of sculpture are often served as ornamentation, such as goddess or dragon waterspouts in bathing places.

Philosophy
Balinese architecture is developed from Balinese ways of life, their spatial organization, their communal-based social relationships, as well as philosophy and spirituality influenced its design; much owed to Balinese Hinduism. The common theme often occur in Balinese design is the tripartite divisions.[2]

Traditional Balinese architecture, adheres to strict and sacred laws of building, allowing lots of open space and consisting of a spacious courtyard with many small pavilions, ringed by wall to keep out evil spirits and decorated with guardian statues.[3] The philosophical and conceptual basis underlining development of Balinese traditional architecture includes several concepts such as:[4] Other than artistic and technical mastery, all Balinese architect (Balinese:Undagi) are required to master these Balinese philosophical concepts concerning form, architecture, and spatial organization.

Domestic architecture
Unlike European architecture, Balinese houses and puri (palaces) are not created as a single huge building, but rather a collection of numerous structures within walled enclosure each with a special functions; such as front open pavilion to receive guests, main bedroom, other bedrooms, pelinggihan or pemrajan is a small family shrine, living areas and kitchen. Kitchen and living areas that helds everyday mundane activities are usually separated from family shrine. Most of these pavilions are created in Balinese balé architecture, a thatched roof structure with or without walls similar to Javanese pendopo. The walled enclosure are connected with series of gates. Balinese architecture recognize two types of gates, the candi bentar split gate, and paduraksa or kori roofed gates.

In Balinese palace architecture, its size are bigger, the ornamentation is richer and more elaborately decorated than common Balinese houses. The balé gede is a pavilion of 12 columns, where the oldest male of the family sleeps, while wantilan is a rectangular wall-less public building, where people convene or hold cockfighting. The bale kulkul is an elevated towering structure, topped with small pavilion where the kulkul (Balinese slit drum) is placed. The kulkul would be sounded as the alarm during village, city or palace emergency, or a sign to congregate villagers. In Balinese villages there is a bale banjar, a communal public building where the villagers congregate.